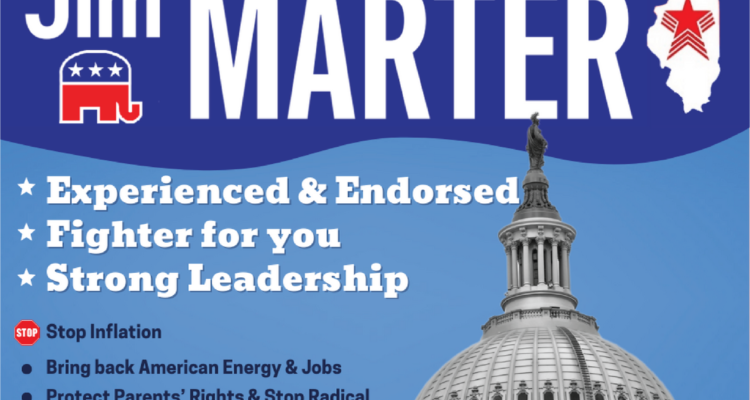 Jim Marter has released his newest Primary election mailer, reaching nearly 100,000 voters in Illinois’ 14th District. The themes of “Faith, Family and Freedom” are strong as are reminders that “Who we send to Congress MATTERS.”

The mailer takes an upbeat message and clearly lays out Jim’s plans and stands on the issues. It contrasts his record with the other candidates in the race and clearly shows he’s the only one running, who can replace Lauren Underwood in the General Election.

Marter is an endorsed, trusted and respected leader, with decades of community service and over 120 endorsements at the local, county, district, state and national level. QR codes and website references lead to additional resources in order to facilitate another important campaign theme, “Vote Smarter, Vote Marter for Congress!”