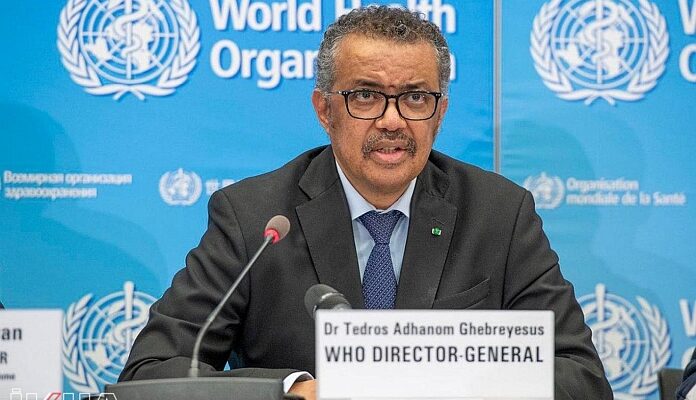 “The Biden Administration needs to stop pretending it’s the Senate and can make treaties on its own. These amendments to the IHRs are being voted on by world leaders this month, when they were only recently released to the American People. They would diminish our autonomy and increase the power of the WHO to take actions to prevent, detect and respond to what they perceive as public health emergencies. I don’t think American citizens want to submit to enhanced compliance powers, emanating from unreachable, unaccountable appointees in global organizations like the WHO. Lauren Underwood needs to tell us if she approves of circumventing the treaty process and handing over new powers to unelected, global bureaucrats,” said Marter.

“These amendments, from the Assistant Secretary for Global Affairs at Biden’s HHS, strike out provisions requiring consulting and verifying with us before taking actions, if an alleged health emergency is deemed to be taking place in the United States.1 They establish a Compliance Committee, appointed by regional global leaders, responsible for monitoring and facilitating compliance. The committee can engage in things like gathering information on citizens, enlisting NGOs and much more. 2 Things like global Emergency Committees, regionalized world health directors, mobilized teams of international experts and impacts on our travel and supply chain, are not things the President can just establish with his friends in the globalist community. These require consent from the people’s representatives in Congress.”

“We’ve already seen members of the Democrat Party referring to things like Climate Change and gun violence as health emergencies. Now, they want to empower global elites to make these assessments, when the American People didn’t elect them and for the most part, want nothing to do with them. We want to know if Congresswoman Underwood will keep her oath and do her duty, to represent our district and protect our Constitution.”

Curiously, the proposed changes from the Biden Administration include an accelerated in-effect date which shortens the timeframe by a full year and instead schedules them to go into effect in November, the month of our Mid-Term Elections.

“We must stop surrendering the decision-making power over our lives and livelihoods, to unelected bureaucrats with massive power and no accountability. We also need to stop electing people who want to surrender it for us. Our current Representative is quietly going along with this, while I would be leading a coalition against it. The people who live in this district, my family included, deserve representation in Washington. My campaign is our chance to bring representation back to Illinois’ 14th District,” said Marter.