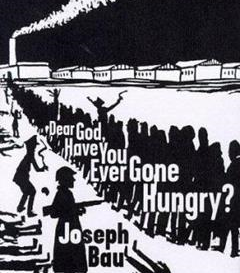 Oswego, IL (April 28, 2022) – Congressional Candidate, Jim Marter wishes to recognize Holocaust Remembrance Day and encourages 3 minutes of silent personal prayer to remember those lost in this heinous crime against humanity and against the Jewish people.

Through his campaign and his life, Jim Marter has called out hate on both sides of the political aisle and wherever it has shown its face.

“I’m on record calling out Congresswoman Lauren Underwood for looking the other way when her party exhibited anti-Semitism. I’ve called it out when members of my side of the aisle, failed to lead in a way that honors the right side of history and our American values,” said Marter.

“Since announcing my run for Congress, I’ve called for the release of the names of World War II war criminals. I want people to know that I stand firmly for religious liberty and against anti-Semitism. Never again must, with absolute certainty, mean never again.”

Marter is clearly the most pro-Israel candidate in the race and his policy statements on record show he will be a friend to this important ally and the Jewish People.