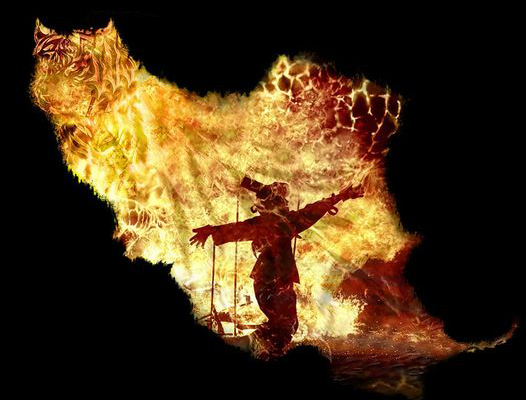 “Eighteen of Underwood’s Democrat colleagues in Congress have made the right decision to oppose it and she should follow suit. Sadly, what we’ve seen instead, is her continued lock step support of the Biden agenda rather than representing our district. She is putting partisanship over peace and putting our national security at risk, along with the security of Israel and the Middle East,” said Marter.

“The Iran Deal gives a green light to terror and provides billions of dollars for Iran, while freeing up tens of billions, frozen by sanctions. Both Democrat and Republican Administrations have labeled Iran, the number one state sponsor of terror and when they have money, history shows, they fund their terror proxies, Hamas, Hezbollah, Palestinian Islamic Jihad and bad actors in Yemen and Iraq.”

Ellie Cohanim served as the U.S. Deputy Special Envoy to Monitor and Combat Anti-Semitism at the State Department during the Trump Administration. In a recent appearance, she spoke of the rising terror wave in Israel and how the Biden policies were fueling it. Secretary of State Blinken’s recent meetings moved things to a “pre-peace” footing as she called it.

Marter adds, “The enemies of peace are emboldened when America fails to lead with wisdom. Elections have consequences. We see it in our economy, energy, healthcare and education and we’re seeing it in Ukraine and in the Middle East. I’m looking forward to replacing Representative Underwood in the Fall but until then, I hope she’ll take seriously her role and grasp an opportunity to put peace over partisanship and protect the security of America and our important ally, Israel. I urge Americans to contact their Representatives and Senators on both sides of the aisle and urge them to oppose this catastrophic Iran Deal.”