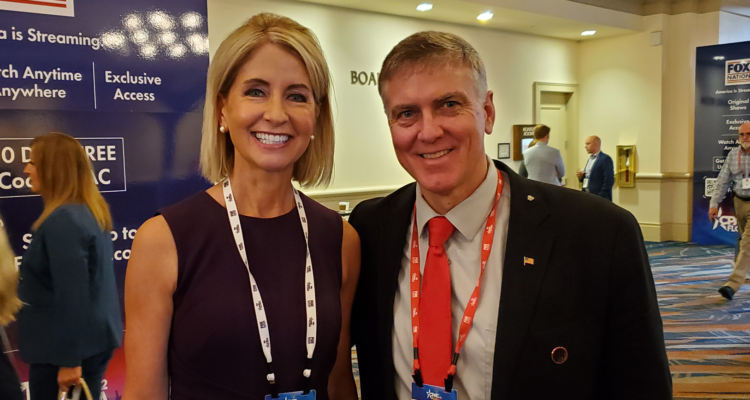 “I’m excited and grateful to have Congresswoman Mary Miller’s endorsement. She’s one of the shining stars representing Illinois because of her leadership, intelligence and courage. I’m grateful for both her public service and her endorsement,” said Jim Marter, running to unseat Lauren Underwood in IL-14.

“Mary is a fighter for protecting the vote and protecting our freedoms. We share a passion for securing the border, lowering inflation, defending workers against government overreach and defending children against indoctrination. That’s just scratching the surface. My campaign has been about shared values with the Freedom Caucus and I can assure you, the people of Illinois’ 14th District will be sending her reinforcements to battle the Biden agenda, when they send me to Congress.”

“Elections have consequences and if we increase the number of America First conservatives in Congress, we can return to energy independence, functional supply chains, increased opportunity and a thriving economy. We just need to replace people with radical leftist ideas like Lauren Underwood, with people of courage and principle. Mary Miller has inspired me with her leadership and I will keep my word to the people of my district and ‘do what I said’ which is the Freedom Caucus motto.”

Jim Marter has deep roots in the 14th District. His home, business, family, church and community-service are centered in Kendall County, where he’s the current and twice elected Chairman of the Kendall County GOP. He was recently appointed as the GOP’s State Central Committee Deputy for the 14th Congressional District and since announcing his run for Congress, he has been endorsed by individuals with extensive experience in foreign policy, homeland security, education, immigration, law enforcement, tax-policy and religious freedom. Jim Marter’s endorsement list is regularly updated on his campaign website. A third round of endorsements is being released in the next few days, with the list now topping one hundred.