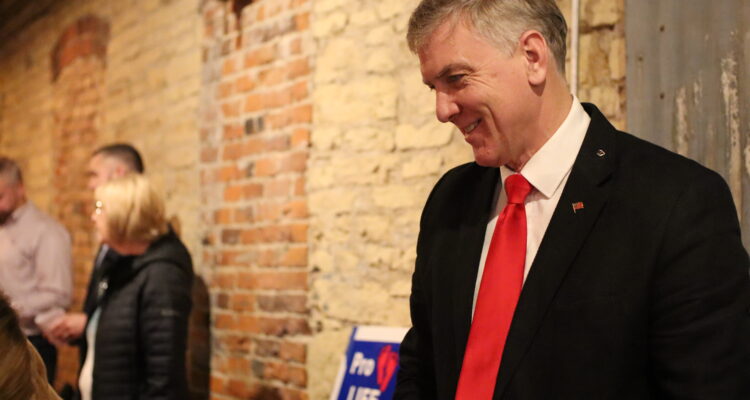 James Marter issued the following statement in response to the Jewish Democratic Council of America, on their endorsement of Lauren Underwood.

“I’m the only candidate in this race that has demonstrated support for the Jewish Community and put forth pro-Israel policy stances. My opponent in the race, Lauren Underwood makes it easy to stand out for my support and defense of Israel, due to her frequent anti-Israel, anti-Jewish policies and statements. Even so, no one else in the primary has put forth comments and stands for our biggest ally in the Middle East and for this important community here at home,” said Marter.

Mr. Marter, a Republican, is running in the 14th Congressional District to unseat Democrat, Lauren Underwood. Marter has condemned anti-Semitism in both parties, while Representative Lauren Underwood remained and remains silent on the inflammatory and bigoted rhetoric and policies of Congresswomen Omar and Tlaib. Press releases from the Marter campaign are chronicled on the campaign’s website and demonstrate his support on issues important to the Jewish Community such as his opposition to the Palestinian Consulate in Jerusalem and his call for the release of the names of WWII War Criminals.