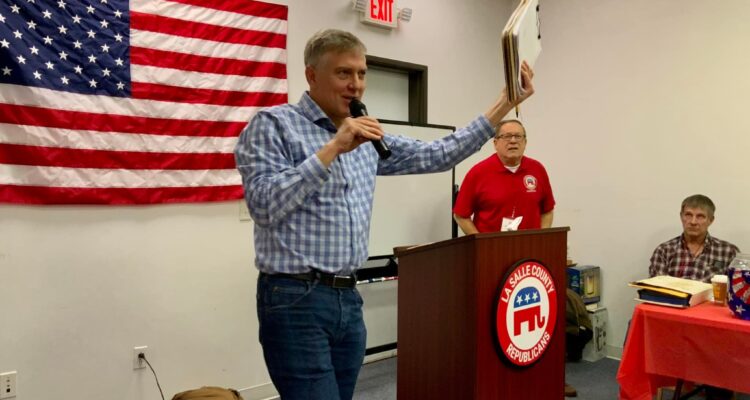 Today James Marter, Republican for Congress in Illinois’ 14th District, announced that he is challenging his primary opponents to a town hall debate.

Marter’s Communications Director explains, “James is the most qualified and most ready for the job. He’s the only candidate who has been calling out Lauren Underwood on the issues and the only one who has been actively campaigning throughout the district. James is heavily endorsed, not only by issue-experts on the national side, but also local business, political and grassroots leaders. He has over 75 endorsements and more on the way. That list is updated on the campaign website and his endorsements include the GOP Chairs of the largest counties in the district, Will, LaSalle and of course Kendall, where James is the twice elected and current Chairman.”

“Marter for Congress is the only campaign the Underwood Camp has addressed directly in the press and the one she’s most concerned about. She knows what we know: James Marter is the best candidate to win this seat from her. A debate will make this even more obvious and so we’re issuing this challenge and we welcome the opponents’ contact in this regard.”

James Marter adds, “Representative Underwood is wrong on the major issues, her judgement is poor and her party politics overwhelm her ability to represent this district. I’ve made my home here for the last 24 years and I’m going to bring representation in Congress back to the 14th District. We need to unite around the best candidate and a debate will clearly show, I’m in this for the right reasons, I’m ready for the job and ready to represent the people I call neighbors and friends.”