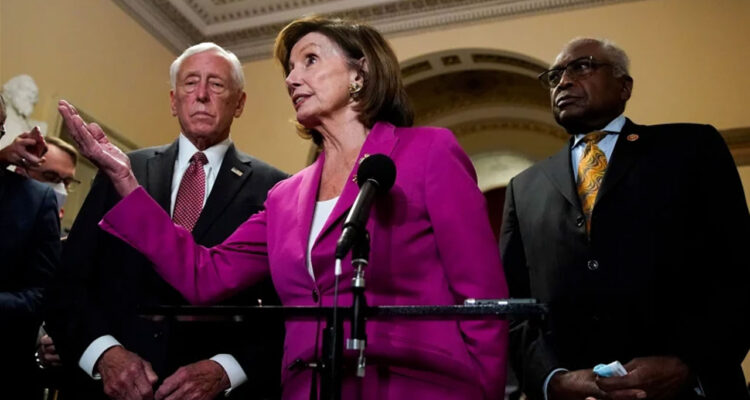 “People are tired of being lied to so I’m going to tell them the truth. The Build Back Better Bill would massively expand social welfare programs, increase taxes on everyday Americans and provide massive funding for left leaning political agendas including CRT, sexual orientation, gender identity and climate change narratives and training,” said James Marter, candidate for Congress in Illinois’ 14th District. “It shows preferential treatment for political allies of the Democrat leadership, while ignoring the needs of every day Democrat, Independent and Republican citizens.”

The bill adds 3/4 of a trillion dollars in debt and many experts believe it could be significantly more. As usual, the devil is in the details. Portions of the bill will raise utility bills for millions and cause higher out of pocket costs for those needing prescription drugs. This bill includes invasive banking surveillance and spends $500 million, hiring new Department of Justice Tax Agents, to bring charges against the working Americans paying their salary. There is $80 billion for 87,000 IRS agents to review every account with more than $10,000 worth of transactions per year and even 5,000 new, armed agents. The bill would harm working Americans, already struggling with increasing inflation and treats every day taxpayers as if they are criminals.

It’s a war on workers and a war on business. Under this bill, OSHA penalties increase for those who fail to implement President Biden’s vaccine mandate, up to $700,000 per violation and there’s nearly a billion dollars to fund the Department of Labor for increased enforcement. Additionally, it subsidizes union dues while having penalties for directors and officers, but not union bosses.

“Meanwhile, there is lots of spending for those participating in illegal immigration. We’re offering student aid, an enhanced child tax credit, a shield from deportation and work permits. No consideration has been given to the increase in sex trafficking, drug smuggling, gang violence and opioid addiction these incentives cause. I’d rather see us reward legal immigrants and give tax breaks to working families.”

This bill also attacks people of faith and weakens their communities. The bill blocks many faith-based providers from participating in the childcare system and will force many to close. It will require pre-K staff to have college degrees, again removing opportunities in the most economically challenged neighborhoods. It will double the marriage penalty and use tax dollars to fund elective abortions, rewarding favored insurance companies and finding new ways to spend money on abortion industry organizations, many run by Democrat donors.

Marter points out, “The bill spends $2.5 billion on community-based violence intervention, which will likely go to corruption-heavy, Democrat run cities, where the money flows in, but the promise of a better life, never seems to get delivered to the people.”

“Disingenuous politicians are participating in a time tested sales technique called problem-agitate-solve. You point to a problem, get someone up in arms about it and then claim you have the solution. The Democrats are going one step further, by creating the problem in the first place. Then they take our money and use it to make sure the dysfunctional cycle never ends because that’s how they stay in power. Here’s one example: There are grants for organizations to treat individuals who suffer from loneliness or social isolation. Who is mandating our social isolation? Now they want to spend our money to solve the problem they are causing.

The Build Back Better Bill has huge amounts of agenda-driven waste. There is $250 million for “culturally appropriate foods.” It devotes billions to “tree equity.” It spends $10 billion indoctrinating college students in “climate justice” and there is welfare without work requirements for healthy, childless individuals, when we have more jobs than we have people looking to work. It’s death by a thousand cuts, or more accurately, death by a thousand spends.

It’s laden with wrong-headed policies like race based discrimination, increasing our dependence on foreign energy and supporting China’s enslavement of Uyghur Muslims.

“This bill is outrageous and the party that supported it, including Lauren Underwood, should be ashamed of themselves. There will be a reckoning at the ballot box. I’m looking forward to being part of righting this ship,” said Marter.