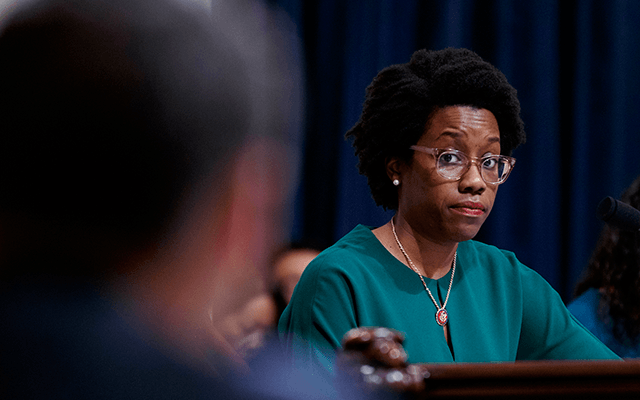 James Marter, Candidate for Congress in Illinois’ 14th District, is calling on Congresswoman Underwood to stand with her constituents and oppose her party’s weaponizing of the IRS against them.

“The Democrats’ current plan to spend 4 trillion of our tax dollars includes surveillance of tax payers’ bank accounts, forcing banks to report on their customers, if they have accounts or transactions exceeding just $600. It’s an outrageous overreach and an invasion of working people’s privacy,” explains Marter.

“No one on either side of the aisle should stand for this and I’m calling on Congresswoman Underwood to stand against it. If she won’t, it’s yet another reason she needs to be replaced in the next election. I believe that law abiding citizens should have a reasonable expectation of financial privacy and that industries should not be made to bow to unfunded and unnecessary government mandates, especially ones that will result in higher costs for consumers.”

The IRS must not become the enforcement arm for a political agenda. They have previously been guilty of targeting conservative groups, including one in which Marter serves as an Advisory Board Member. This next generation of abusive overreach expands to all tax payers and working families. “It’s time to reign in out of control government agencies, not empower them further,” says James Marter. “It’s one of the many reasons I’m running to replace Lauren Underwood in the House of Representatives and it’s going to take the support of the community to assist with this important mission.”

Marter’s campaign is emailing action steps to supporters and concerned citizens. Those wanting to get involved can join Marter’s email list and receive updates by visiting the candidate’s social media pages or by signing up at www.Marter4Congress.US.