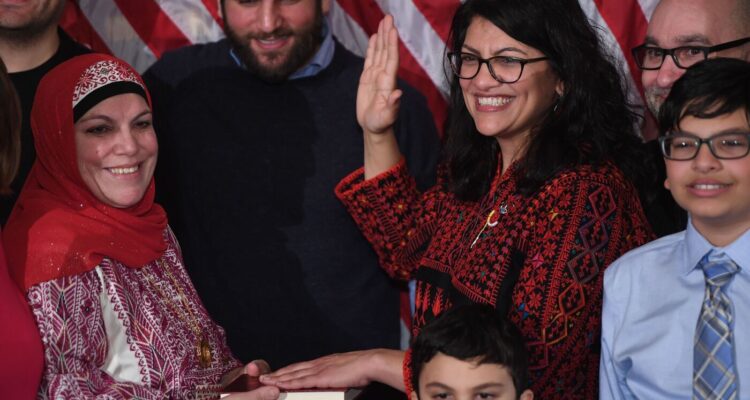 “Yesterday, Congresswoman Tlaib took to the House floor and made anti-Semitic comments after the passage of the legislation to fund the Iron Dome,” said Deutch.

“I cannot allow one of my colleagues to stand on the floor of the House of Representatives and label the Jewish democratic state of Israel an apartheid state. I reject it. We can have an opportunity to debate lots of issues on the House floor, but to falsely characterize the state of Israel as consistent with those, let’s be clear, it’s consistent with those who advocate for the dismantling of the one Jewish state in the world and when there is no place on the map for one Jewish state, that’s anti-Semitism. And I reject that.”

James Marter said, “I call on Representative Underwood to condemn Congresswoman Tlaib’s actions which go beyond hate speech to what I call hate policy, towards America’s ally Israel. I condemn it outright.”