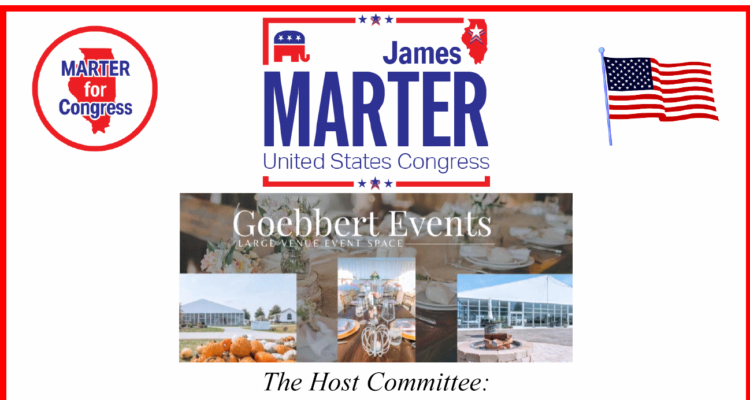 To be held at The Venue at Goebberts, expected speakers include a number of statewide Republican candidates running for Governor, Senate and the Illinois Supreme Court. Also speaking will be the Executive Director of Illinois Family Action, David Smith and 9/11 Ground Zero Chaplain, Steve Lee.

Keynoting the event along with James Marter will be special guest, Anni Cyrus. Anni is a former child bride from Iran who was sold into marriage and slavery, imprisoned, lashed and eventually escaped to freedom in the United States. She is now a U.S. Citizen and patriot and will share her unique perspective as a Middle East expert, a social media influencer, human rights activist, woman of faith and supporter of Marter for Congress.

The event runs from 5:30 pm until 9:00 pm. Those interested in attending may contact the campaign at info@marter4congress.us.