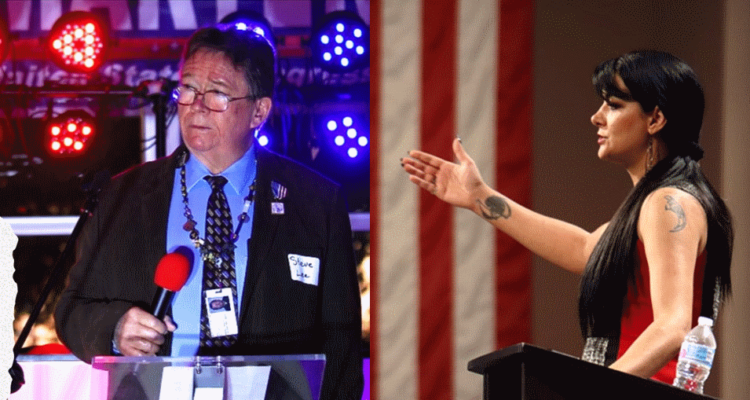 Oswego, IL (October 20, 2021) – “I’m proud and honored to have earned the trust of people like these heroic individuals,” explains James Marter, announcing two more endorsements of his run for Congress. “These are issue experts on challenges that need to be addressed, including the giving over of Afghanistan to terrorists, child brides on American soil, the need to support law enforcement and protecting religious freedom and our Constitutional rights.”

The first Marter endorsement comes from human rights activist, Anni Cyrus. Ms. Cyrus spoke at a recent Marter event where she proudly endorsed him as her first candidate endorsement since coming to America, 18 years ago. Ms. Cyrus was once a child bride in her birth country, Iran. Her journey included being sold by her father as a teenager, imprisoned, lashed, abused and eventually smuggled to safety and freedom, becoming a legal, American Citizen. Here, she founded Live Up To Freedom, an organization that helps women and children suffering human rights atrocities, through education and direct rescue action. Her story gives her unique credibility when speaking out against issues like modern day sex slavery and ideological threats to our rights and freedoms.

“We need people like James Marter who are serious about these issues in Congress,” says Cyrus, urging her fellow Americans to support Marter’s Campaign.

The second endorsement comes from Pastor Stephen Lee, who has been a law enforcement officer, a federal special agent or law enforcement chaplain since 1973. He was assigned to foreign counter intelligence and counter terrorism. He served at many critical incidents of national significance including natural disasters and man-made tragedies, like the Mandalay Bay mass shooting and a month working with first-responders, as the Chaplain at the 9/11 Ground Zero Site in New York City.

As a former church planter and missionary, Pastor Lee recalls having more freedom of religion in the public square in Russia or Nicaragua than he has today in America and warns that American greatness is currently being “thrown away with both hands.”

“I bring a lot of experience to this folks,” Pastor Lee explained, before ending a recent Marter event speech with these comments, “I’ve always avoided political involvement. Now is not the time for politics as usual. Now is the time to save America. Next month, I’ll be 69 years old and this evening I’m going to do something I’ve never done before in my life. I’m speaking my heart and my head, I’m going to publicly endorse a political candidate, Jim Marter”

Pastor Lee toured the presumed 14th Congressional District with Marter over the weekend after announcing his challenge to Lauren Underwood’s seat in Congress. Video clips of both endorsements can be viewed on Marter’s YouTube Channel.